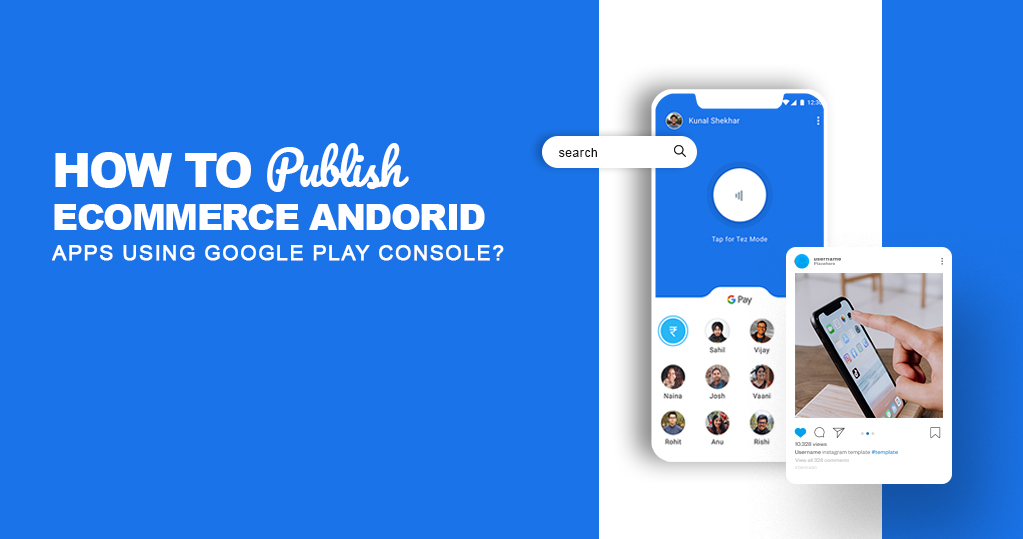 Play Store from Google is an official pre-installed app store on devices certified by Android. It is one of the largest platforms used for publishing, promoting, distributing, as well as selling Android applications. Publishing apps to the Play Store could be quite confusing and may seem to be a daunting task at first.

The Google Play Store has come a long way in terms of technology and features. Today, it thrives on the modern superpower – Smartphones. If we look into it, smartphones actually become smarter with the apps that are downloaded in them. These apps aid people in fulfilling their daily chores and tasks in many ways.

Developing mobile apps has become an integral part of businesses, especially ecommerce businesses wherein over 79% of smartphone users shop online using their mobile devices. Either companies hire developers who help them develop and publish mobile apps or they create one of their own using intuitive mobile app building platforms such as Builderfly.

The most common place to publish apps is the Google Play Store. With over 2.8 million apps on the Play Store and about 3739 new apps getting added to the list each day, it is clearly dominating the global app market.

Although Google Play Store gets millions of applications, getting listed on the server can be a challenging effort. There are multiple screening processes an app must go through, only after which it can be published. In this blog, we would be discussing the process to publish ecommerce Android apps using Google Play Console.

Publishing apps on Google Play is often considered a cakewalk. However, it is not what is perceived. Here is the process you need to follow in order to publish your ecommerce android app using Google Play Console:

Setting up the App

Once you create your ecommerce Android app, you need to start setting it up. The dashboard of your app shall guide you through all the major steps to get your app published on Google Play. Herein:

In order to set up your ecommerce android app, you need to go to the Dashboard under the Menu section and then on to Set up your app on the dashboard.

Setting up the Store Listing

The Store Listing of your app is something that is showcased on Google Play which includes details that aid users in learning more about your ecommerce android app. This store listing is shared across tracks including the testing tracks.

Next, you need to prepare your app for review, discover some best practices for submitting your app to Google Play publish your ecommerce android app by abiding by the guidelines and keep optimizing your store listing with changing trends and continuous experiments. Now that you have done a wonderful job by looking after all the pointers before submitting your app to Google Play Store, you might feel ready to rock. Well, there are a few steps to reach the finish line.

Did you find the entire process to be cumbersome? Well, we did too! Therefore, Builderfly E-commerce Platform came up with an innovative idea. You can now build ecommerce android mobile app for Android app as well as an iOS app without the help of a developer. In fact, you can even publish your apps to Google as well as Apple Store developers. All these, over and above the feature to create a stunning ecommerce store that helps you thrive in the highly-competitive ecommerce market like a pro.